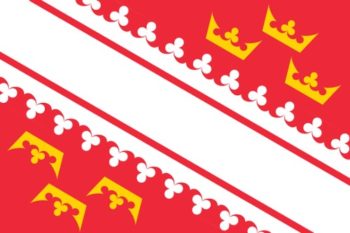 The valleys of the great rivers of Alsace are suitable for viticulture. The Rhine Valley is no exception: on its shores, from Lake Constance, on the border between Germany, Switzerland and Austria, to Bonn, the vineyard unfolds on both shores without noticeable interruption. . The French part of this immense Rhine vineyard constitutes the Alsace vineyard, which runs on a strip 15 km wide and 100 km long from Strasbourg, in the north, to Thann, near Mulhouse, in the south. This line of terraces, the sub-Vosges hills, at the foot of the Vosges mountains and above the Alsace plain, is both protected from oceanic influences and very sunny, a situation much more favorable than that of the German vineyard. facing him on the other side.
To the five Cs of traditional Alsace: Colombage, Coiffe, Cigogne, Sauerkraut and Cathedral (of Strasbourg), could undoubtedly be added a sixth for Grape Varieties, a tribute to some eight hundred vintages that its soil bears. Here, each village has five to six different soils. Their names are scattered along the wine wheels, following one of the most formidable geological faults that Europe has known, as disrupted as they say the history of the Alsatians.

Thus, the art of these wine-growing inhabitants was to adapt the best grape varieties to the richness of their soils: Chasselas or Sylvaner, bon vivant, lively and biting Riesling, well-colored, firm and concentrated Pinot Noir or Pinot Blanc marked by its freshness and character, without forgetting the well-structured, very fruity Pinot Gris, and when the Gewurztraminer finally arrives, the words are no longer strong enough: (…) Its exotic, spicy, floral side in which we find our past - because don't forget that the Holy Roman Empire, to which we belonged, went from the Rhine to Istanbul. In the gewurz, we rediscover the Orient and the souks. declared, a few years ago, the president of the Group of the producers-traders of the Alsatian vineyard.

In an area as fiercely contested as the rich Rhine valley, the history of the Alsatian vineyard can only be chaotic. Nowhere else can we find such a diversity of wine-growing soils: clayey, limestone, marly or granite soils intermingle. The explanation is simple: fifty million years ago, the Vosges and the Black Forest (in Germany) were a single massif which subsided, causing the Rhine plain to emerge. The Alsatian vineyard occupies exactly this rupture zone. This is how most wine-growing communes are established on four or five different formations and that there are fifty-one delimited areas (localities) of the Alsace Grand Cru appellation.

It is not known whether the wine-growing tradition there predates the Roman conquest or if it was precisely the Romans who introduced the vines there, but it is certain that, from the end of the Empire and in the High Middle Ages, viticulture was there in booming. During the Carolingian era, the wine trade with Frisian merchants became intense: Alsace wine was drunk and enjoyed in England and throughout northern Europe. However, the Thirty Years' War (1618-1648) put a stop to this expansion: the vineyard was devastated, famine reigned, and the peasants preferred to plant wheat. The vine will return to the eighteenthe century, but, planted in the plain. It will produce mediocre and abundant wines.

The situation worsened with the annexation by Germany, after the war of 1870: to the misdeeds of phylloxera were added those of German legislation which allowed wetting and sugaring without batting an eyelid. It was only after the return of Alsace to France that the wine growers will relaunch quality production, to face competition from other French wine regions and replant on the terraces, the regional grape varieties in force in the XNUMXth century.e century.

The main characteristics of the vineyard
Traditionally, the Alsace vineyard is both the kingdom of white wines and the only vineyard in France to produce only varietal wines. A rule which, as it should, nevertheless presents some exceptions: on the one hand, the Pinot Noir grape is vinified in red or in rosé: on the other hand, two wines are not varietal wines: the edelzwicker, blended wine, and Crémant d'Alsace, sparkling wine from the traditional method. There are only three appellations of origin for the entire vineyard:

Alsatian winegrowers were not mistaken, 12% of them have converted or are in the process of converting; a percentage in constant progression. The Alsatian vineyard is therefore the most organic vineyard in France.

Several elements can explain this craze:

THEOPABA (Observatory of organic production in Alsace) has also drawn up, with Alsatian winegrowers cultivating organically, a wine making charter for voluntary use.

Grape variety and production, the figures

The overall production of Alsace wines amounts to an average of 1,15 million hectoliters (150 million bottles) per year for a planted area of ​​15 ha, i.e. 300% of French production of white wines AOC excluding sparkling wines. All wines must be bottled at the place of production. The AOC Alsace represents around 80% of the wines, 4% for the AOC Grand Cru and 17% for the AOC Crémant.

Today Alsace has just exceeded its average threshold of ideal temperature (13,7 °). How will the “cold” grape varieties in its vineyard (Riesling, Pinot Gris, Gewurztraminer) react to climate change? With an average temperature increase of 0,06 ° C / year, Colmar will present in 2030 the same temperature profile as Lyon currently and in 2060 that of Montpellier. Undoubtedly, its grape varieties will lose their typicity and their aromatic profile. Alsace could then turn red with in particular Cabernet Sauvignon, a variety which would be favorable to it because it debuts quite late, thus avoiding late frosts. Or will it be necessary to plant higher to find the freshness of the mountains? But certain techniques can slow down this inevitable development: limit the planting density, acidify the musts, cool the cellars and try at all costs to maintain the sugar / acidity balance. The big challenge for the next few years.

This appellation (74% of total production) is supplemented by the optional indication of a grape variety name.

The Alsace Grand Cru appellation (4% of total production) must be supplemented by the mention of the locality (terroirs defined according to strict geological and climatic criteria) and the vintage. It also generally includes the mention of the grape variety. It is reserved for 51 Alsatian vineyards and only noble grape varieties (Riesling, Gewurztraminer, Muscat and Pinot gris) are authorized. However, the decree of March 21, 2005 authorizes the use of the Sylvaner grape and blended wines in certain Grands Crus.

The appellation is subject to specific production conditions, to a strict yield of vines per hectare and to a precise sugar content (a natural minimum degree of alcohol). The area of ​​these exceptional vineyards varies between 3 and 80 hectares, on soils of strong typicality. The geology, the exposure and the slope contribute to their inimitable personality. The Grands Crus d'Alsace represent an average annual production of nearly 45 hl, or only 000% of all Alsace wines.

This appellation (22% of total production) with 33 million bottles produced matches a sparkling wine made using the traditional method.

4/The 2 specific mentions of Alsace

Two mentions complete the Alsace and Alsace Grand Cru appellations during exceptional years and according to rigorous criteria (sweet and syrupy wines):

- Selection of Noble Grains. This term can be used for Alsace wines made from 4 noble grape varieties (Riesling, Muscat, Tokay Pinot Gris and Gewurztraminer). The grapes used must have been sorted several times and must be reached by the noble rot, Botrytis cinerea.

The Alsace wine route crosses over 170 km, the entire vineyard at the foot of the Vosges. Everywhere, impeccable vines, villages surrounded by old ramparts, half-timbered houses, Romanesque or Gothic churches, winstubs and welcoming cellars. However, you have to know how to leave the beaten track to get lost from the Thann gate (to the south) to that of Marlenheim (to the north) along so many wine trails. This is the best way to meet the winegrowers, to taste their wines at the slow pace of a walker. Are you spoiled for choice? There are 38 wine trails from Barr to Zellenberg. It takes one to two hours to meander through the heart of vineyards and picturesque towns, to taste Alsace's colors and flavors.

This very typical bottle is called “Alsace flute” with its characteristic long neck. An exclusive bottle protected by law! It is compulsory for AOC Alsace and AOC Alsace Grand Cru wines.

The appellations of Alsace

Alsace is one of the few regions where the wines are referred to by the name of the grape variety from which they are 100% (with the exception of Edelzwicker, made from a blend of several Alsatian grape varieties).